The dos and don’ts of interview questions

Employers and employees are generally familiar with many of the basic interview do’s and don’ts. But in addition to federal protections, multiple states have statutes that must also be followed, in addition to state and local laws.

Brush up on the sensitive topics that both candidates and employers should be aware.
Background checks

Generally, the federal law that applies to the majority of background checks is the Fair Credit Reporting Act (FCRA). However, based on the significant number of states that have passed "ban the box" laws, FCRA is not the end of this discussion - it is only the beginning.
Ban the box laws include a prohibition of including a box on employment applications regarding prior criminal history or convictions. These laws also generally prohibit employers from orally asking job applicants about their criminal histories during the initial employment application process.
Generally, questions about criminal history or prior convictions should be avoided unless there is a connection between the conviction and the position, or if there is a specific statute or regulation permitting such questions based on the position. As a practical matter, prospective employers can review the National Practitioner Data Bank, the records of the candidate’s state medical licensing board, a professional credentialing organization and other internet searches to gather as much publicly available information as possible regarding the potential hire.
Salary history
Multiple states now ban employers from inquiring about an applicant’s salary history. The impetus for this stems partly from the generally accepted concept that this practice perpetuates the pay disparity between men and women. Generally, such laws are accompanied by other laws governing equal pay. Thus, interview and screening practices need to be adjusted or revised to focus on skillset over salary.
In states with these laws, asking questions about an applicant’s desired salary is OK, but those asking about prior salary are not. This is a nuanced, but important, distinction. 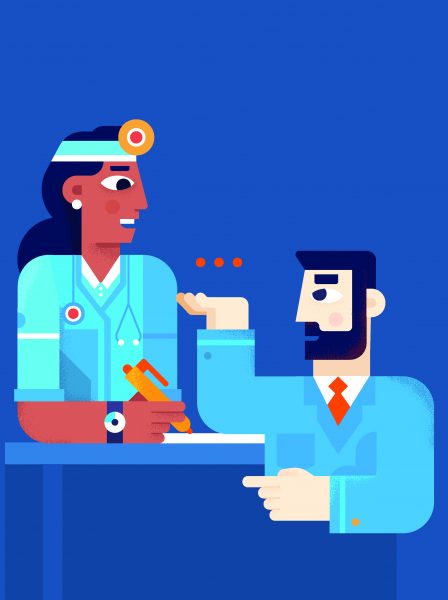 Citizenship and national origin
There are questions that may appear innocuous but are in fact problematic for an employer. Questions that run afoul of laws include those about an applicant’s birthplace, the birthplace of family members, and asking whether the applicant has the legal right to work in the U.S. with an emphasis on a green card or visa.

Instead, questions, if any, should be limited to "are you legally authorized to work in the United States." If foreign language skills are relevant to the position, it would be permissible to inquire about the applicant’s ability to read, speak or write a foreign language. However, general inquiries regarding how a person learned to speak a foreign language could prove problematic.
Sexual orientation
In order to avoid any issues on this topic, an interviewer should avoid direct questions on this topic as well as questions designed to detect a person’s sexual orientation or gender identity. Those kinds of questions include inquiries about marital status, spouse’s name or household members.
There is a difference between being friendly and trying to understand a candidate’s personal life and crossing the line into subjects or areas that have no relevance to a prospective employee’s ability to do a job.
Age
Much like the discussion on citizenship and national origin, questions that try to get this information indirectly are still prohibited.
For example, asking during an interview what year an applicant graduated high school or when they first started working should be avoided.
Additionally, asking an applicant what year they graduated medical school or finished residency or fellowship training could lead to age-related information that should not be considered in the interview process.
The laws governing the interview process continue to change. Employers and candidates both need to stay apprised of what’s appropriate and what’s not throughout the interview process.