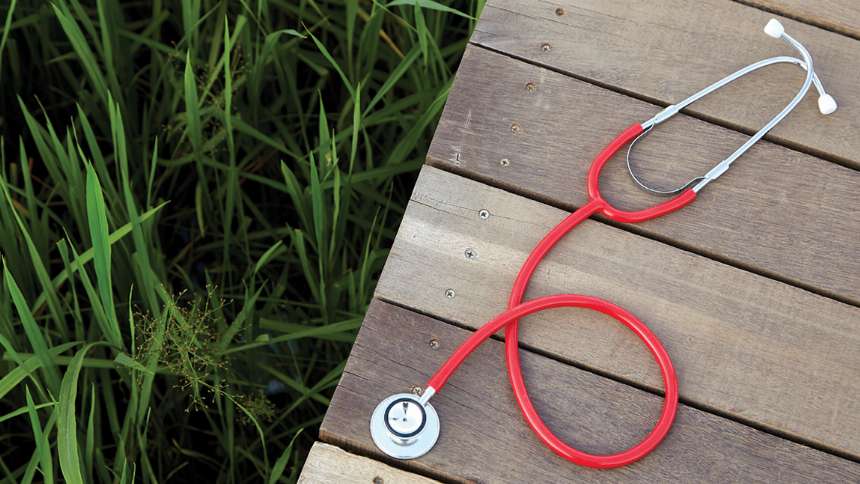 What to highlight when recruiting for a rural hospital

On top of the physician shortage the country is experiencing, rural areas have been even harder hit. The American Hospital Association has reported that although 20 percent of Americans live in rural communities, fewer than 10 percent of physicians practice there.

"Not only are there just not enough doctors all the way around, but they tend to be more heavily concentrated or interested in working in your metro and suburban areas," explains Steve Look, president and founder of Paradigm Search Group in Dallas.

So what can you as a recruiter do to attract and recruit physicians to rural facilities? Emphasize these many advantages that rural practices have to offer.

Rural facilities work hard to stay current and in line with larger hospitals in neighboring cities. Make sure candidates know about the latest technology and treatments your group offers.

The possibility of designing a work schedule around a less-hectic lifestyle and a much shorter commute is a big draw for physicians. Emily Davidson, physician recruiter with Holzer Health System in Gallipolis, Ohio, says that in her recruiting pitches, "We really emphasize no commute time and easy access. You’re within 5 minutes to work, but you don’t live on top of each other in a big skyscraper. Good schools, affordable cost of living" are all big selling points for rural positions.

Frequently, though not in all cases, rural facilities are willing to offer a combination of competitive salary, sign-on bonus and student loan repayment. Combine an above-average compensation package with the lower cost of living that many areas have and "your dollar goes a lot farther," Davidson says.

For specialists considering moving to a rural area, one advantage that Look frequently points out is the opportunity to quickly build a practice. Being "one of the only specialists in the area" could be especially appealing, he says, especially at the start of a career.

"I know people by name," says Linda Zambrana, M.D., a family medicine physician with Community Health of South Florida, Inc. "I know the grandfather, the grandma, the mother, the child." This connection builds trust and a willingness to share information that can aid in diagnosing and treating illnesses.

"In smaller hospitals, you collaborate better," says Adam Swisher, D.O., family medicine specialist with UnityPoint Clinic in Fort Dodge, Iowa, and regional hospice medical director for UnityPoint at Home. "You lead together, you make changes together. You often have an organization that’s more provider-led, and as a provider, you feel like you have a voice in what is said and done."

Because smaller towns have smaller healthcare staffs, doctors frequently have the chance to assume multiple leadership roles, giving them the opportunity to lead important initiatives early in their careers.

The chance to treat underserved populations

Some rural areas are home to underserved populations. Jessie Miller, recruitment manager with The Primary Health Network in Sharon, Pennsylvania, often tells physicians about local resettlement populations, including a large Nepalese community in Erie, Pennsylvania, and a large Spanish-speaking resettlement community in the central part of the state. Working within such communities can be extremely rewarding - and doesn’t require providers to leave the country.