You know some of the warning signs of burnout: emotional exhaustion, depression, neglecting one’s own needs, cynicism, withdrawal, lack of joy. But you may not know just how prevalent it is among the physicians you recruit.
The problem
The statistics on physician burnout are stark: 42 percent of surveyed physicians in Medscape’s 2018 Physician Lifestyle Report reported experiencing burnout, and almost half of those surveyed for a February 2018 Merritt Hawkins report felt the same.
Female physicians report burnout at higher rates than male physicians. In the Medscape survey, 48 percent of female respondents reported burnout symptoms vs. 38 percent of male respondents. Specialty can also play a role, with the study showing that critical care, neurology, family medicine, Ob/Gyn, internal medicine, emergency medicine and radiology have the highest reported rates of burnout.
As recently as the late 1990s and early 2000s, the idea of physician wellness was rarely addressed as part of med school curriculum. Instead, the focus was on strength and resiliency. The message was this: Physicians should do whatever was necessary to deal with the challenges of a career in medicine. That mindset created even more stress.
Bringing burnout to light
Untreated burnout can lead to medical errors, substance abuse, depression and even death.
Influenced by the 2012 suicides of two residents in New York City, which brought the issue of suicide risk to the forefront, several emergency medicine organizations joined together to address the problem.
"As a result, the emergency community came together in 2016 to form a coalition of emergency medicine groups to address physician wellness," says David A Farcy, M.D., who is president of the American Academy of Emergency Medicine and practices emergency medicine and critical care at Mount Sinai Medical Center in Miami.
Farcy knows the symptoms of physician burnout firsthand. While in residency at Maimonides Medical Center in Brooklyn, Farcy was a first responder on 9/11 - an experience with memories that he put "in a box" and didn’t speak about to others.
Then, during a moment of silence paying tribute on the one-year anniversary, Farcy’s experiences hit him hard. Farcy’s program director took notice and invited him to her office to talk. She suggested he get help and referred him to a representative from the ACGME. From there, he visited a psychologist trained in PTSD and survivor guilt - and got the help he credits with changing his life.
"I am grateful that my institution had a program in place and a plan to address the issue without fear of repercussion," Farcy says. 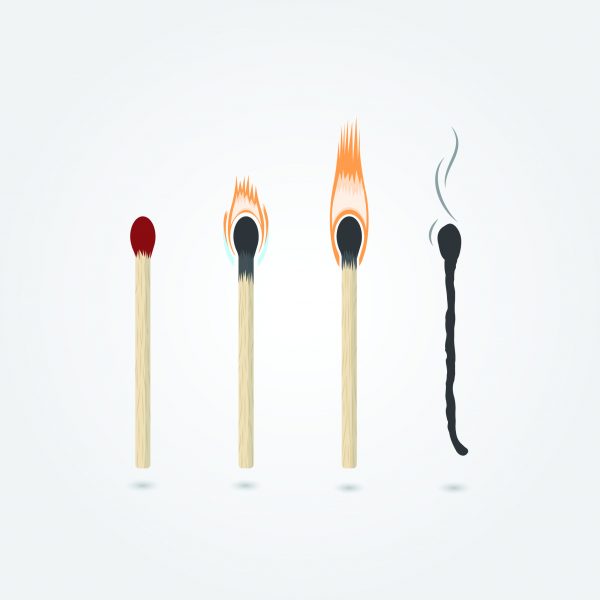 Fortunately, several medical schools are now on top of the issue, looking for ways to prevent or reduce physician burnout.
"Cultural and environmental changes are necessary to combat physician burnout," says David A. Rothenberger, M.D., who is senior advisor to the dean for physical wellness at the University of Minnesota Medical School. Rothenberger is helping to build a coalition of those who want to address the issue of physician burnout. Close to 80 individuals belong to the coalition, including the deans of the medical and nursing schools, chief medical officers and leaders of major clinical departments - plus physicians, nurses and staff from the entire system at the University of Minnesota Medical School. Rothenberger estimates that it will a decade or two to fully address the physician burnout issue.

Resources to help recruiters
Physician suicide: A serious threat
Untreated burnout can lead to suicidal ideation and suicide. The ama and Steps forward offer a downloadable module available in PDF and PowerPoint called "Preventing Physician Distress and Suicide."
The module, produced by the University of Colorado Physician Health Program Research Committee, outlines four steps to identify at-risk physicians and includes warning signs with sample scripts for approaching doctors who may be at risk for suicide.
See it at stepsforward.org/modules/preventing-physician-suicide.
A framework for help
"Creating the Organizational Foundation for Joy in Medicine" is a resource that helps hospital staff create "the organizational structural elements that support joy, purpose and meaning in work."
A joint project of the AMA, Yale Medicine, Stanford Medicine, Atrius Health, Stanford WellMD Center and the Hennepin County
Medical Center, the module addresses topics like:
• The organizational cost of physician burnout
• Creating a culture of wellness
• Measuring burnout
• Developing interventions
• Reducing the EHR burden on doctors
It’s available at stepsforward.org/modules/joy-in-medicine. 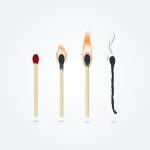