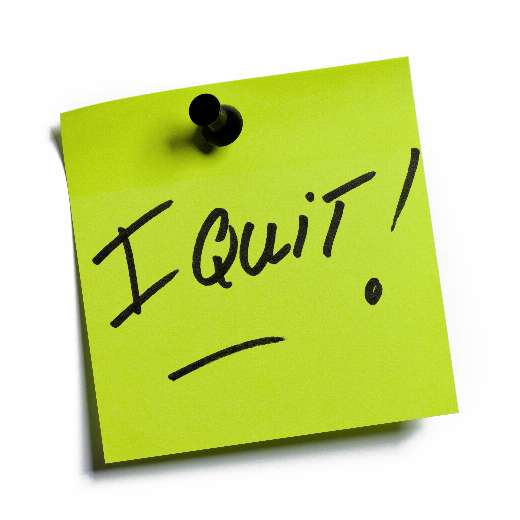 Are physicians part of The Great Resignation?

Physician recruiters have known for years that the number of open jobs exceeds the number of qualified physician candidates, and the needs of the aging population will continue to outstrip the number of physicians coming out of ACGME accredited residencies.

But now that COVID shutdowns are in the rearview mirror, a new challenge to filling open positions is emerging: an increasing number of physicians just saying "NO" to traditional private practice or employment options.

They are piecing together their own quilt of revenue consisting of Part-time, 1099 shift work, job sharing, locum tenens and telemedicine.

COVID put a spotlight on traditional employment in spring 2020. Medical office visits and surgical case volumes plummeted because people were not playing sports or doing things that result in emergency care or surgical repair. Car accident injuries dropped as people worked, played and studied at home. Health care employers undertook drastic cost-cutting measures to preserve the core business and survive. They rescinded contracts and laid off physicians in new or at-risk service lines. They furloughed and terminated marginal performers. PRN or part-time physicians got a sudden and brutal education in their true standing in their practice’s "pack" hierarchy as their hours dried up to preserve income for a core group of full-time physicians.

Physicians who felt professionally confident and secure in fall 2019 found themselves unemployed or underemployed. For many, the COVID experience led them to take a hard look at what traditional employment was giving them…and what it was not.

The dawn of diversification

One common theme with physicians exploring alternative work structures is concern about tying one’s financial well-being to any one entity. Multiple lines of income from various contracts and revenue streams ensure that no single employer’s failure will upset the physician’s financial stability.

As one physician explained to me, he likes holding one core contract where he has some good collegial relationships, but he no longer wants loss of that job to put his life in a tailspin. He wants to feel secure that he can take the time to discern what’s next. He might increase the available hours for one contract or take a locums gig for a couple of months

The desire for control over their time

Physicians are more dissatisfied than they let on about schedule demands. The ones whose references say they are "always ready to help" are looking at alternatives because they are tired of picking up the slack when the practice is short because of a departure, termination, or someone out sick.

One highly competitive physician recalled all the times he had stepped up and worked weekends for others. But then, his best friend’s wedding became a COVID-cancelled event rescheduled with just a few weeks’ notice. His administrator told him it was his responsibility to arrange coverage…"or else." He found coverage, but also handed in his notice.

Perhaps the angriest physicians I’ve heard from are those who were pushed out of a job only to discover that their non-compete clause survives their departure. They have unpalatable options: take on long commutes to honor the non-compete, undertake a costly and emotionally draining legal fight, or move.

Employers successfully defended their business, but at a cost. Those physicians don’t click through any ad for traditional practice because they know it will have a non-compete.

Physicians recognize that the growth of physician employment came at a significant tax-planning cost. Their predecessors managed to write off everything but the kitchen sink with their tax accountant’s blessing. I didn’t fully understand the power of business expense deductions until a physician walked me through how he cut his work hours by 25 percent while keeping the same take-home income.

A few more things we hear from physicians responding for non-traditional physician opportunities:

What can recruiters for traditional employers do?

Traditional environments can still be competitive for these physicians by offering more flexibility, more working options where you can.

Job sharing, in-house telemedicine, sabbaticals, PRN pools and 1099 options will keep your conversation from ending with "I’m sorry, but…."

The next time you have a great candidate who has just a few too many corners to fit in your round job hole, have the discussion: What will it take? You will be surprised at how many candidates are willing to meet you halfway if you can show them your institution is listening to changing physician needs in the workplace.